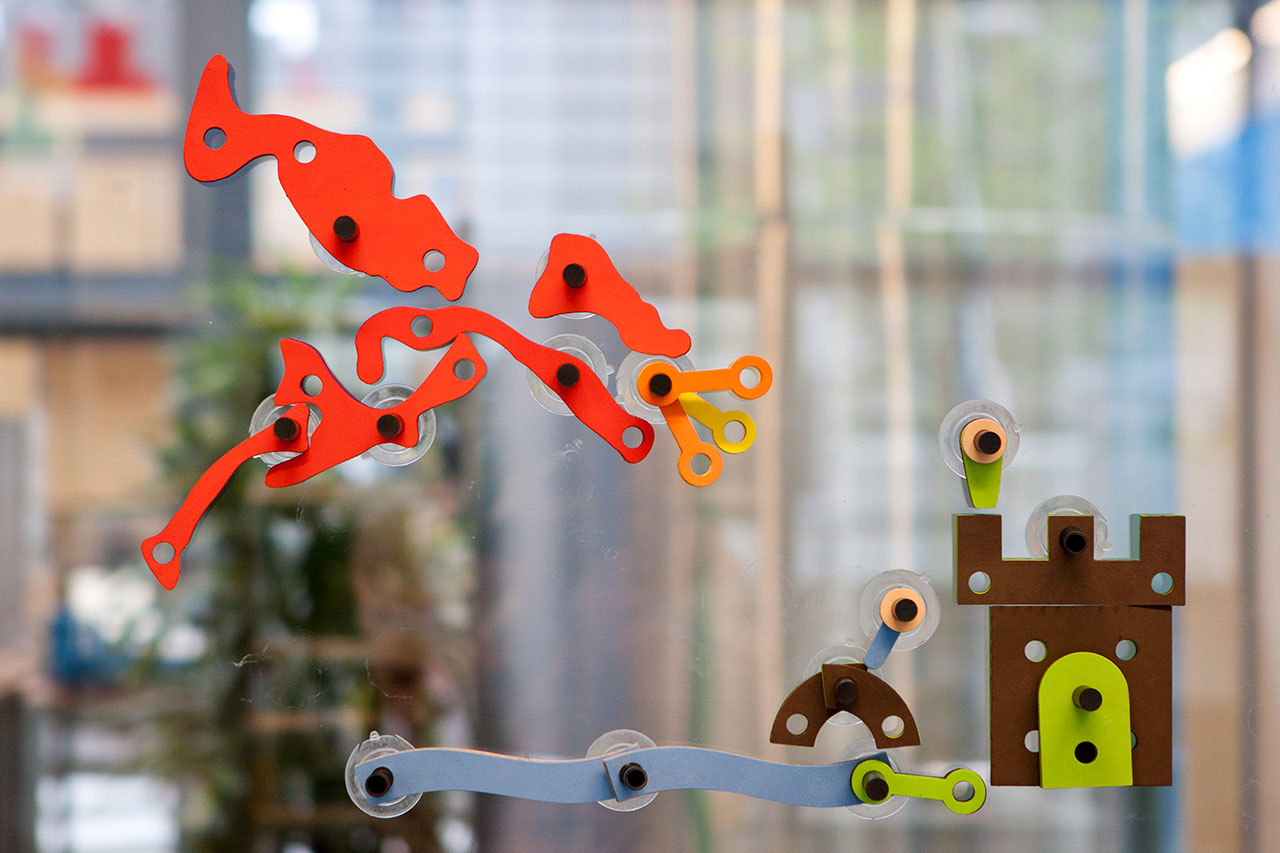 Thanks to KonneKt, isolated children in hospitals are now able to play with their peers

Thanks to KonneKt isolated children in child hospitals are now able to play with their peers. KonneKt turns the window between their rooms and the hallways from a barrier into a canvas for play. 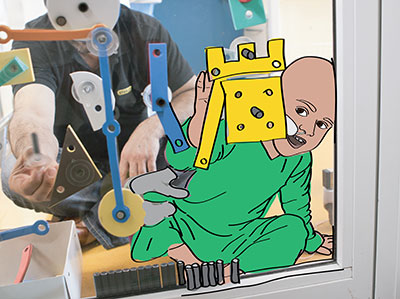 A KonneKt kit contains a versatile set of shapes which can be attached to the window with suction cups and magnets. The shapes trigger the imagination and can be combined to enable different kinds of play, such as the construction of dynamic structures, chess, charades, or building imaginary worlds. The imagination of the players is the limit!

To use the magnets, there has to be a player with a magnet on each side of the window. The magnets enable children to move shapes and structures on the other side of the window, which introduces the possibility to make up cooperative and competitive games.

KonneKt has been nominated for multiple awards

KonneKt is a winning entry of the international Interaction Design Awards and has been nominated for the Conceptual Design for Healthcare Innovation Award. This means KonneKt is acknowledged in both the design as in the medical world!

Isolation can take up to four months!

Isolation during hospitalization is quite common. Children sometimes have to be isolated to protect them or other children from infections. During isolation, children are not allowed to leave their rooms or have physical contact with other children. In some cases, isolation can take up to four months!

Play with peers is crucial for normal social development

During this period, children don’t always feel ill: often they feel quite well! Off course, for all children to whom this happens, this is very sad, frustrating and extremely boring. Also, their normal social development is being hindered. Playing with peers is fun, but also crucial for building friendships and developing social skills such as cooperation, teamwork and negotiation. It enhances creativity, and builds resilience to stress. In fact, the UN recognize the possibility to play as a right for every child. 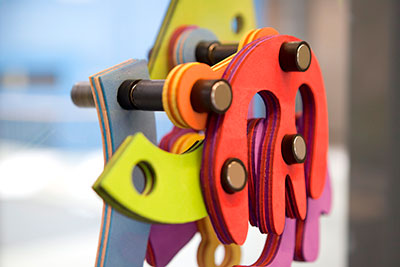 In a context where play with peers was very difficult before, KonneKt now introduces this possibility. By being able to play face to face with other children, an isolated child is taken out of its social isolation. 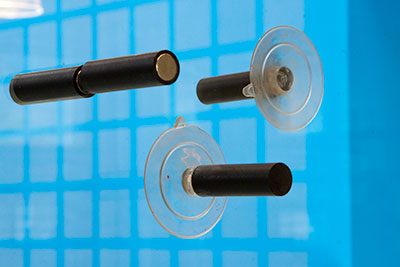 Yes! With support from the Roparun Foundation, we were able to start producing games. You can buy KonneKt now in our webshop. 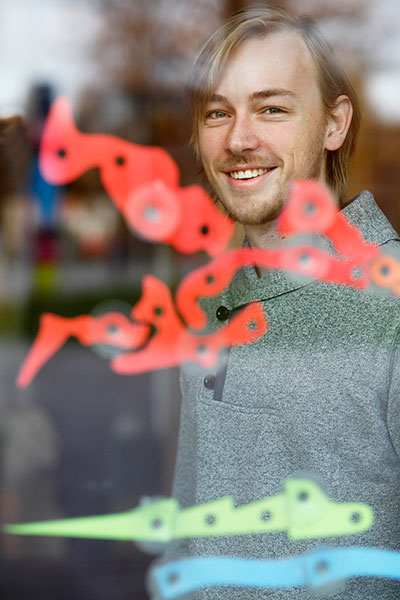 KonneKt is developed by Job Jansweijer. If you have any questions about KonneKt or if you want to buy one or multiple games, you can also send an email to info[at]konnektplay[dot]nl or call +31 (0)6 21464293.

With the campaign, we will start production of KonneKt and donate 100 games to 100 hospitals.

By buying a KonneKt game for at home through the campaign, or donating one to a hospital, you contribute to making KonneKt a reality.

To get notified upon launch: